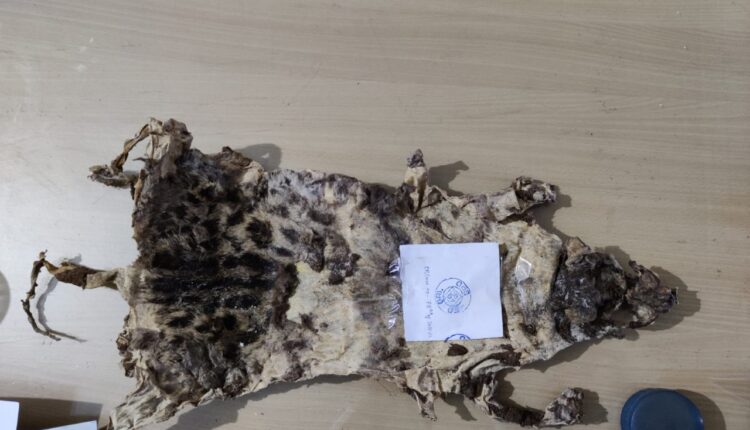 Baripada: Two persons including an Engineering student were arrested by the Forest personnel for their alleged involvement in an inter-state leopard skin trafficking racket.

Based on a tip-off, the Forest personnel raided Hotel Dibya Palace in Baripada town. During a search they seized a leopard skin. Bikash Chandra Bentakar from Uthaninuagaon area and Bikash Binay Singh from Palasabani area were arrested for possessing the leopard skin.

Baripada DFO Santosh Kumar Joshi said it is suspected the two accused were present at the hotel to finalise a deal for sale of the leopard skin.

While Singh was an Engineering student, Bentakar works as a carpenter.

The DFO further said another person involved in the racket managed to escape. Investigation is on to find out the involvement of other persons.