As per reports, the issue courted controversy after orchestra artiste Tarique Aziz, who had come to perform with his troupe in Jajpur on November 20th, took to social media and shared a picture of him at the Biraja Temple on Instagram. 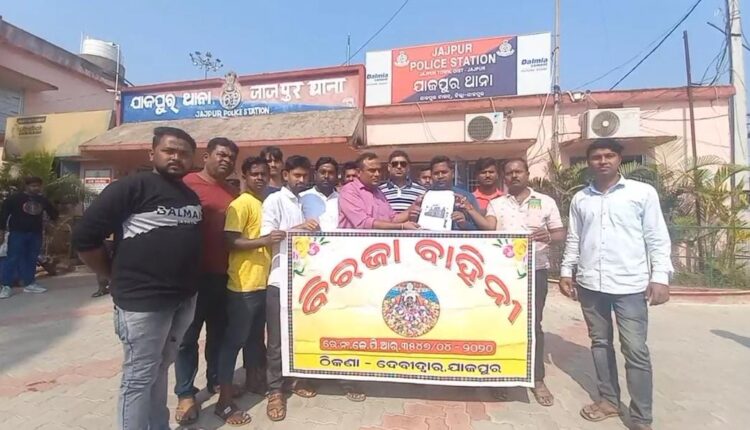 Jajpur: Entry of an orchestra artiste, who belonged to a minority community, into the famous Biraja temple in Odisha’s Jajpur district snowballed into a controversy with members of Biraja Bahini filing a police complaint today. The outfit, while questioning the entry of non-Hindus into the shrine, also demanded immediate arrest of the accused singer along with the temple sevayats (servitors) and all those who were involved.

As the row intensified with the outfit’s agitation, temple rituals were put on hold owing to consecration of the sanctum sanctorum leaving devotees coming from far off places disheartened.

As per reports, the issue courted controversy after orchestra artiste Tarique Aziz, who had come to perform with his troupe in Jajpur on November 20th, took to social media and shared a picture of him at the Biraja Temple on Instagram. “Today show one of the special place our # BirajaMaa Temple of Odisha..Visited inside the temple for the first time..Really feeling so so so fortunate. Maa nka Ashirvaad Mo Upare O Samastanka Upare Nischita Achi O Rahiba Sabubele,” his post read.

As soon as the picture surfaced, it went viral with outfits like Biraja Bahini and many other social organisations raising questions as to how a non-Hindu was allowed to enter the temple despite restrictions being put in place. They also demanded immediate arrest of Aziz along with others involved in the entire incident. Sources said many devotees too expressed their anger at the temple priests, who they felt, were complicit in allowing people from other faiths to come into the shrine.

Meanwhile on the day, Biraja Bahini members after filing a complaint warned that if the arrests are not made within 24 hrs, they shall agitate outside the temple. “Despite restrictions, the singer, who is a Muslim, was allowed to enter the sanctum sanctorum of the temple. He was escorted by a group of people including the sevayats and was even garlanded with flowers and a head wrap. This is outrageous and we demand action against all those who are involved in this,” said Santosh Behera, president of Biraja Bahini.

Devotees too had to face inconvenience as rituals of the presiding deity were put on hold amid the commotion.  “We are waiting for the last two hours to seek blessings of Maa Biraja which has been disrupted due to the row over entry of a person from Muslim community  into the shrine. I feel the priests have a role to play. If they allowed this to happen intentionally, they have hurt the religious sentiments of people,” said Jyotirmayee Sahu, a devotee.

Locals too shared their angst. “The episode has hurt the sentiments of people of Jajpur. It is really unfortunate that the sevayats who are held in high esteem allowed a Muslim to enter the temple in lure of money. They have made a business out of our faith,” said Santosh Nayak, while rooting for arrest of the accused singer and the temple priests.