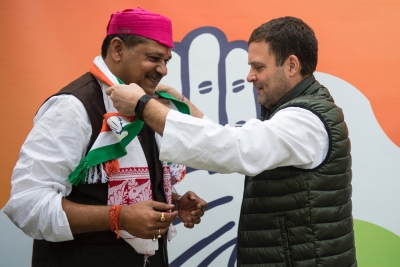 New Delhi: Former BJP leader Kirti Azad, who was suspended by the party, joined the Congress here on Monday in the presence of party chief Rahul Gandhi.

The cricketer-turned-politician announced his joining on Twitter and added that he felicitated Gandhi in the traditional Mithila style.

Azad was suspended from the Bharatiya Janata Party in 2015 for anti-party activities. He is a Member of Parliament from Bihar’s Darbhanga. (IANS)