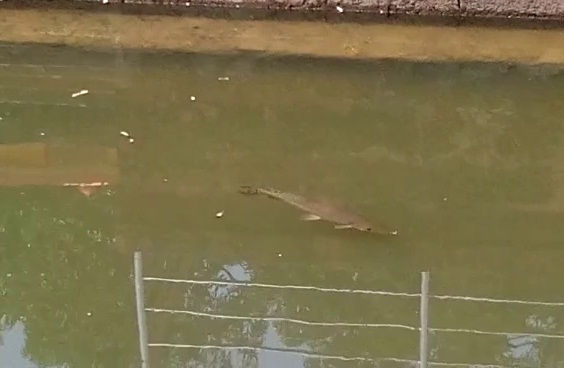 The foreign breed of fish measuring 3 feet was rescued from Bindusagar tank and later shifted to Nandankanan Zoological Park (NZP) located on the outskirts of the capital city.

Gars are often referred to as primitive fishes or living fossils. Native Americans and Caribbeans used the alligator gar’s ganoid scales for arrow heads, breastplates, and as shielding to cover plows.

While it is illegal to smuggle this species to India, the rescue team was perplexed as to how it reached here.