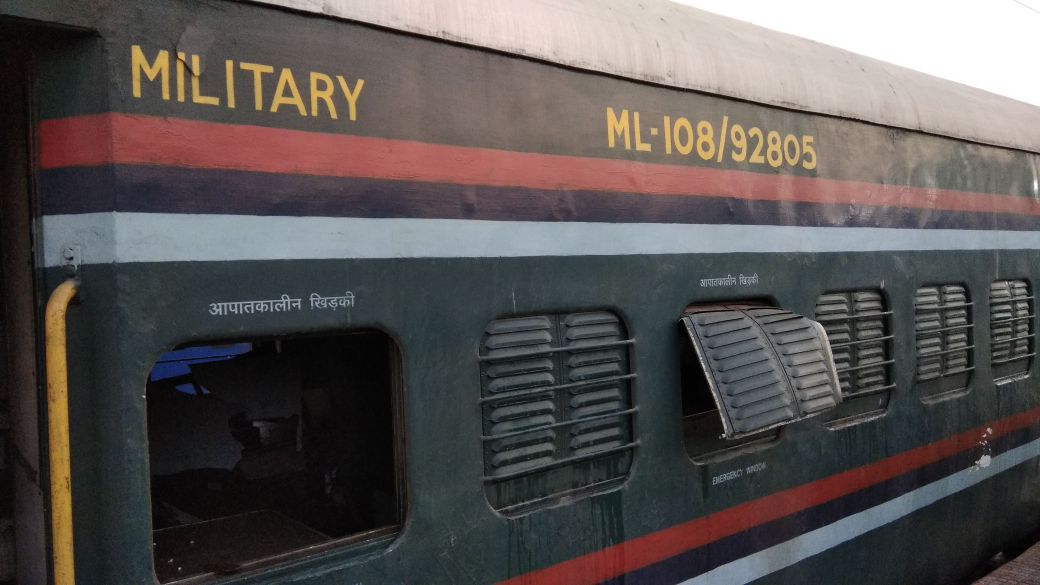 Puri: Panic gripped passengers at Puri railway station in Odisha today after an explosion inside a military train left two persons injured and several others were terrified.

According to sources, an LPG cylinder exploded in the pantry car of a military train stationed at platform No- 2 in the pilgrimage town.

The pantry car manager and his associate sustained critical injury in the mishap and were admitted to the district headquarters hospital.

The explosion was so huge that it destroyed the window panes of Puri-Tirupati Express train which was stationed near the Army train.

On being informed, firefighters rushed to the spot and brought the flame under control.

Though the exact cause behind the mishap is yet to be known, the railway authorities have started investigation into the incident.