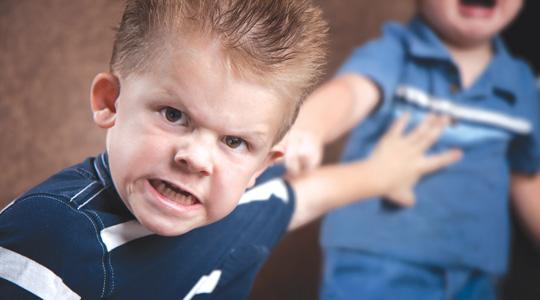 London: Prenatal exposure to smoke and alcohol may shoot up the risk of children developing conduct problems in adolescence, researchers said.

Conduct disorder (CD) is a mental disorder where children demonstrate aggressive behaviour that causes or threatens harm to other people or animals such as bullying or intimidating others, often initiating physical fights, or being physically cruel to animals.

The findings, led by researchers from the King’s College in London, showed that exposure to smoke and alcohol, especially during foetal development, may lead to some epigenetic changes — chemical modifications of DNA that turns our genes on or off — particularly in genes related to addiction and aggression, leading to conduct problems in children.

One of the genes which showed the most significant epigenetic changes is MGLL — known to play a role in reward, addiction and pain perception.

Previous researches have revealed that conduct problems are often accompanied by substance abuse and there is also evidence indicating that some people who engage in antisocial lifestyles show higher pain tolerance.

The researchers also found smaller differences in a number of genes previously associated with aggression and antisocial behaviour.

“There is good evidence that exposure to maternal smoking and alcohol is associated with developmental problems in children, yet we don’t know how increased risk for conduct problems occurs. These results suggest that epigenetic changes taking place in the womb are a good place to start,” said Edward Barker from King’s College London.

The results highlight the neonatal period as a potentially important window of biological vulnerability, as well as pinpointing novel genes for future investigation.

For the study, published in the journal Development and Psychopathology, the team measured the influence of environmental factors previously linked to an early onset of conduct problems, including maternal diet, smoking, alcohol use and exposure to stressful life events.

They found epigenetic changes in seven sites across the DNA of those who who went on to develop early-onset of conduct problems.

Some of these epigenetic differences were associated with prenatal exposures, such as smoking and alcohol use during pregnancy. (IANS)

UP to make marriage registration mandatory