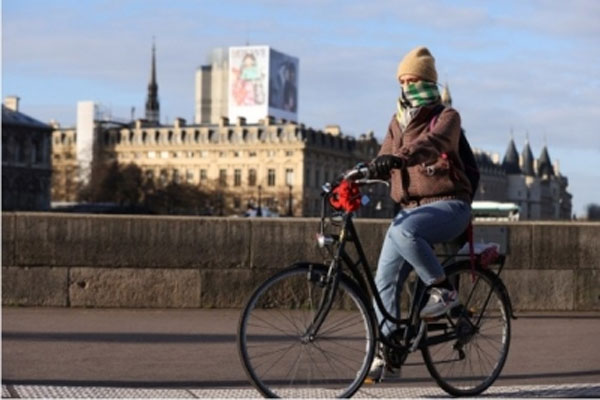 Copenhagen: A fact sheet addressing “speculation, assumptions and misinformation being communicated about the Omicron Covid-19 variant” was released by the World Health Organization’s (WHO) Regional Office for Europe in Copenhagen.

According to the WHO, the latest epidemiological data show a rapid rise in Covid-19 infection rates in Europe largely due to the spread of the new variant, reports Xinhua news agency.

In September 2021, there were over one million new Covid-19 cases per week. By the first week of January 2022, this number had increased to seven million.

The prevalent “myth” that “Omicron only causes mild disease” is one of the most pernicious ones highlighted in the fact sheet.

While the document acknowledges that Omicron may appear to cause fewer hospitalizations and be less severe than the Delta variant, it also warns menacingly that “it should not be seen as mild”.

“The comparatively lower rate of hospitalizations and deaths so far is in large part thanks to vaccination, particularly of vulnerable groups. Without the vaccines many more people would likely be in hospital.”

Furthermore, it states that vaccines offer “the best available protection” against Omicron.

Vaccination, as with the other variants still in circulation, is “expected to provide significant protection against severe disease and death caused by Omicron”, the fact sheet said.

“Vaccination prompts the body’s immune response to the virus, which not only protects us from the variants currently in circulation – including Omicron – but is also likely to give protection from severe disease due to future mutations of Covid-19.”

Another compelling myth doing the rounds in the European region alleges that Omicron is just like a common cold. This was also shot down by the fact sheet, which instead described the variant as being “much more dangerous”.

“Omicron is not like a common cold because it is more likely than a cold to land you in hospital and some people have already died as a result of it.

“It is also expected that people who have been infected from Omicron and recover are also at risk of developing so-called long Covid conditions,” it added.

The WHO emphasized that it is critical to recognize that the pandemic is far from over.

“Even though Omicron is quickly gaining ground in the (European) region, the majority of current Covid-19 cases is still being caused by the Delta variant, which is known to cause severe disease and death,” it said.

“We therefore cannot afford to drop our guard… Ending the pandemic requires us to get to much higher levels of vaccination in key target groups in the region and beyond.

“This is as much about vaccine equity between countries as within countries, and it must include getting all vulnerable individuals and health care workers vaccinated as a priority.”