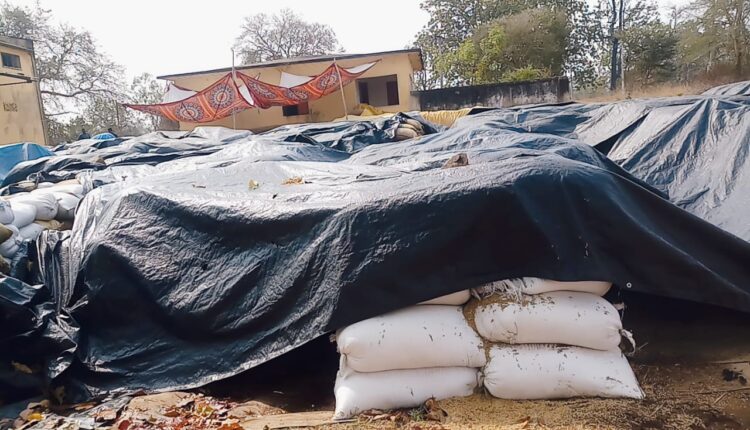 Bhadrak: Failing to sell paddy even after having a token, a farmer consumed poison in front of Bandhagaon Panchayat office under Bhadrak Rural police limits in the district today.

However, he was rushed to the District Headquarters Hospital (DHH) in critical condition and is currently undergoing treatment in the medicine ward.

As per reports, Rameswar Self Help Group (SHG) was entrusted with the task to procure paddy from farmers in the Panchayat. One Rama Krushna Panda had received a token to sell his paddy to the SHG. Even after repeated requests made by Rama Krushna, the SHG did not procure his produce. Depressed for not being able to sell his crops, he attempted to end his life by consuming poison.

“Panda, a large-scale farmer, has over 50 quintals of paddy,” informed a local.

Earlier in the day, a group of farmers blocked NH-53 near Basantia Chhak in Anandpur of the district alleging irregularities in paddy procurement.

Yesterday, pandemonium prevailed in the state Legislative Assembly as the Opposition members alleged irregularities in the procurement process. Later, the Government assured to procure paddy from all eligible farmers.