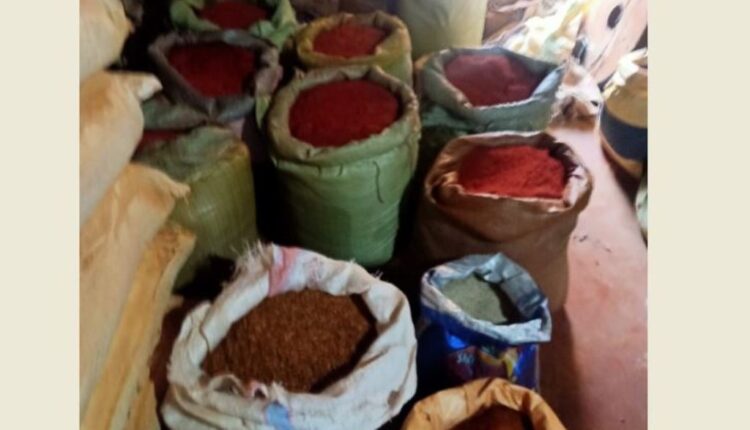 Cuttack: Stepping up its crackdown against manufacturing units of spurious items, the Commissionerate Police today seized 15 quintals of fake chili and turmeric powder from a place following a raid in Odisha’s Cuttack city today.

Three persons including the main accused, Sachidananda Sahu from Gobindpur area were detained for questioning.

Preliminary investigation revealed the manufacturing unit of fake items was being run for past several years in the Malgodown area. The fake products were being supplied to other districts as well, said a police official.