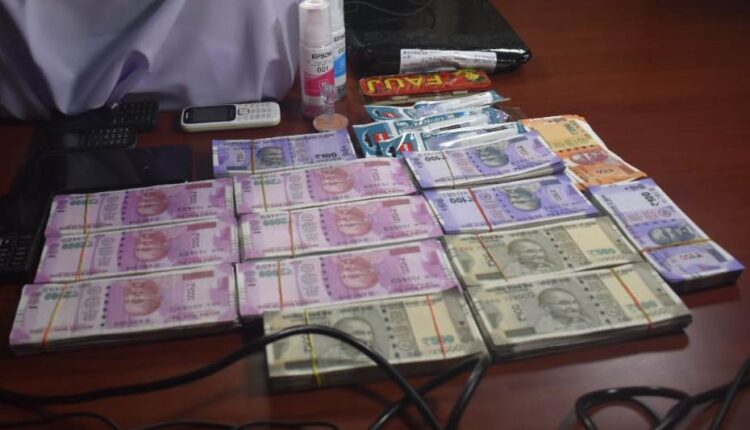 Sambalpur: The district police have busted a fake currency note racket and arrested six persons in this connection. Fake currency notes having face value of Rs 13.85 lakh, a printer, ink, markers and stamps have been seized from the possession of the accused, said Sambalpur SP today.

On the basis of a complaint lodged by one Shankar Singh of Sambalpur regarding circulation of Rs 100 fake notes by unknown persons, a police team conducted search at various places in Sambalpur town and arrested the six accused. Efforts were on by cops to apprehend others involved in the offence.

The accused persons had entered into a criminal conspiracy in association with others to smuggle/ prepare/ circulate high quality counterfeit currency notes for their personal gain, police sources said.

Indian businessman tried to force me to fix matches:…