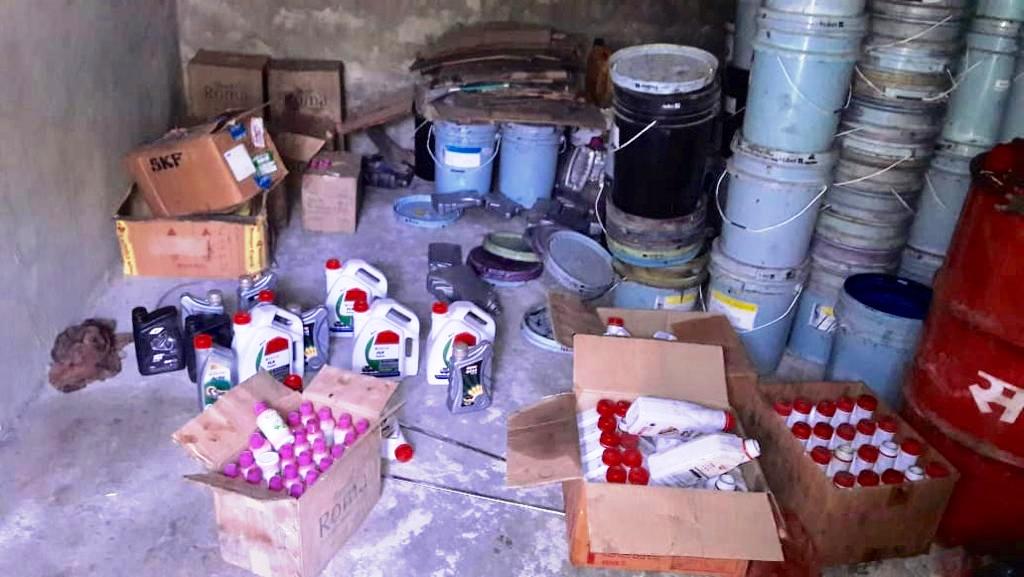 Cuttack: It seems Jagatpur Industrial area in Odisha’s Cuttack district has virtually turned into a hub of several adulterated manufacturing units as one more such illegal business enterprise came to light today. The police have busted a fake lubricant unit in the industrial belt.

A special team of police today conducted raids on a fake lubricant manufacturing unit at Bhairapur in Jagatpur Industrial Estate. Sources said the illegal business unit had been running for the past few years.

The police have seized around 23000 litres of fake lubricants and other materials.

According to ACP Trinath Mishra, who was part of team which conducted raids, informed: “They accused were selling the lubricants as genuine products in the market after packaging the lubricants in plastic cans using forged stickers of renowned lubricant brands.”

The company is suspected to have links with outside the State, which is now under investigation.

A person has been detained by Jagatpur police in this regard with launching further investigation into the incident.

Notably, a fake cement factory running at Jagatpur Industrial Estate in the district was busted in May this year.