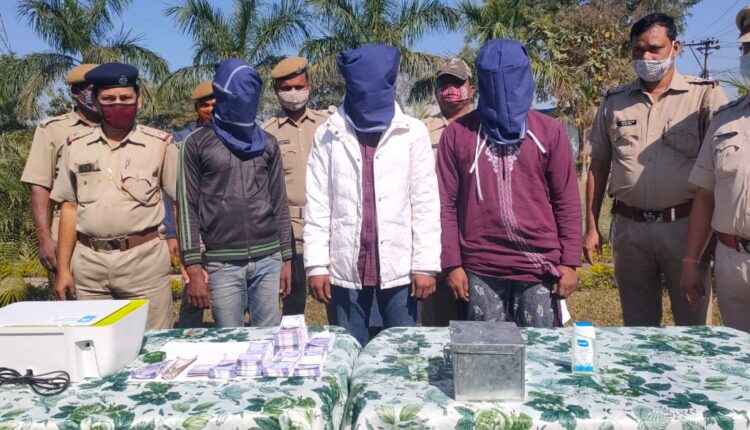 According to reports, one Mohammed Ajmal (20) of Khadam village under Lakhanpur block was filling petrol from a filling station at Bandhabahal area in Jharsuguda district by giving fake notes. After learning about the fake notes, owner of the filling station informed the Banaharapalli police about it.

Acting on the complaint, police swung into action and arrested Ajmal. During interrogation, he told the police about a printing unit of fake currency notes running in Bamara in Sambalpur district. Later, the Banharpalli police conducted a raid on the printing unit on Thursday night and arrested two others- Mohammed Irfan (24) and Ishfaq Ansari (32)of Gibindpur village in Sambalpur district.

“Counterfeit notes of Rs 96,300, including 918 notes of Rs 100 and nine notes of Rs 500 denomination) a printing machine and a motorcycle were seized from their possession,” informed he SP adding that all the three accused were produced before court and sent to judicial custody.