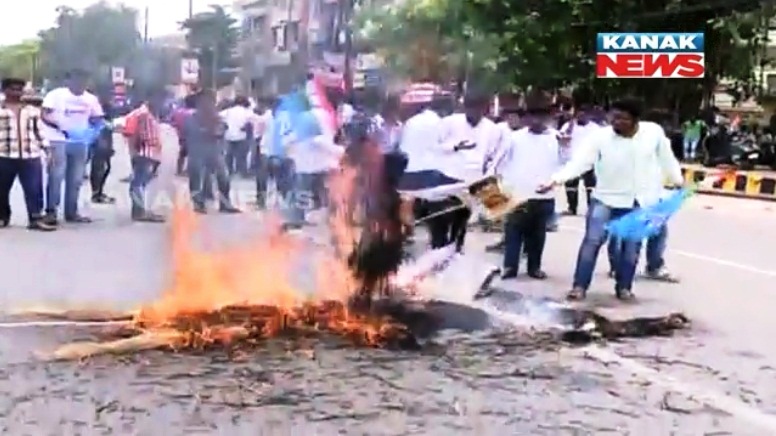 A scuffle ensued between policemen and members of Students’ Congress when the cops tried to stop the latter who attempted to break the security cordon near Sishu Bhawan chhak and move towards Naveen Nivas.

Several leaders were then taken into preventive custody by police.

“The owner of the ITER college should be brought under the purview of investigation and be arrested. It is hard to believe that the incident would have taken place without his knowledge,” said National Students’ Union of India (NSUI) state president Itish Pradhan.

Notably, as many as 50 students of the college have alleged that they got fake job letters for recruitment in many leading companies during the campus placement drive.