The hotel was serving stale crabs besides using expired additives like sauces and harmful food colours. 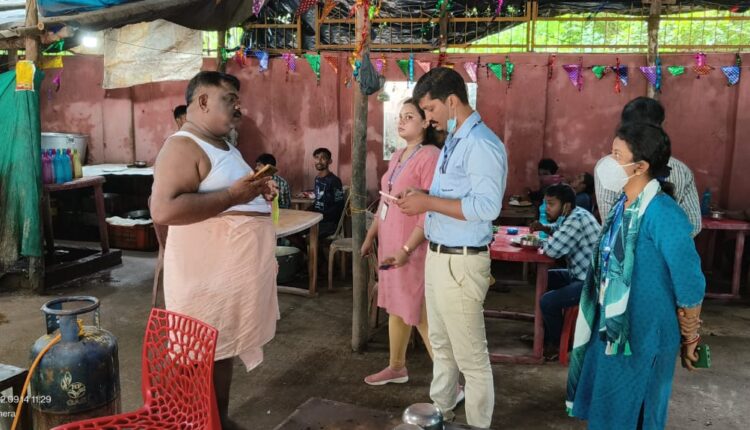 Bhubaneswar: The Bhubaneswar Municipal Corporation (BMC) has cancelled the food registration of the famous ‘ Kishore Bhaina Mutton’ and sealed the outlet in front of the Doordarshan Kendra in the State Capital after detecting irregularities during a raid on Wednesday.

As per reports, a surveillance team of the BMC inspected the hotel and found that all standard guidelines for food safety was being breached. The hotel was serving stale crabs besides using expired additives like sauces and harmful food colours. The food was also being prepared in extremely unhygienic conditions.

It was found that the owner was running a full-fledged hotel business and earning in lakhs while he  had a license for vending street food like ‘gupchup’ and ‘dahi bara’ and was paying  only Rs 100 tax towards it.

Health and Food Sanitation Officer Dr Dipak Kumar Bisoi said the hotel, which had made its way to many food bloggers’ lists and earned fame for its delectable mutton curry, was using harmful additives to enhance the appearance of the food. “Colours added to make the mutton curry visually appealing are known to cause cancer. I request food bloggers and enthusiasts to refrain from promoting such outlets. This is misleading for the public,” he added.