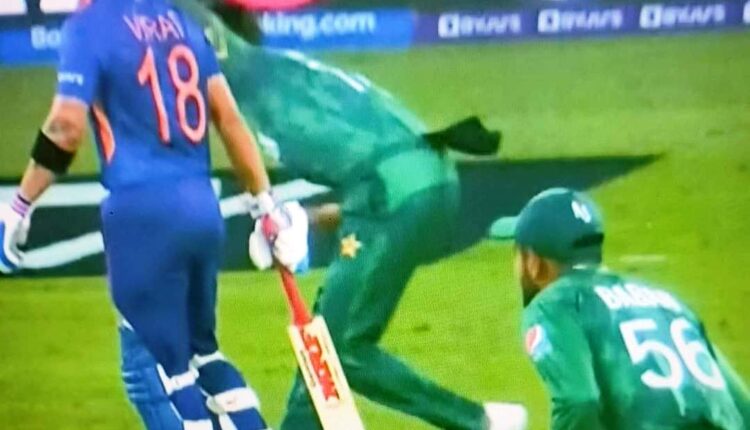 Dubai/Bhubaneswar: Hopes of India Cricket Team fans were dashed yesterday as the Men in Blue lost to Pakistan by 10 wickets in the T20 World Cup match.

India lost openers Rohit Sharma and KL Rahul in the first 13 balls of the innings to Shaheen Shah Afridi. While Sharma was trapped plumb in front of the wicket by a yorker, Rahul was undone by a fast inswinger going through the gate to hit the stumps.

However, replay later showed that Afridi’s foot had crossed the line while bowling the wicket-taking delivery to KL Rahul, who scored 3 off 8 balls. The team’s score was mere 6 at that time when Rahul’s dismissal came as a major jolt.

The field umpires were not informed by the third umpire regarding the no ball.

Team India fans took to Twitter to express anger and disappointment claiming that Rahul was not out.

Umpiring in #ind Vs Pakistan was worst….run out was neglected…side angle showed bat was not grounded & no ball LBW of Rahul ….#KLRahul #INDvPAK @ICC pic.twitter.com/PqKPSgzWoI

@BCCI @PMOIndia @imVkohli @ICC KL Rahul has been given “OUT” on a no ball. pic.twitter.com/rnITWi5pjm

#BCCI
They are playing really well.. they deserve it.. if they continue the same way..#INDvPAK #India #viratkholi

What are umpires doing in #ICCT20WorldCup ?? 😠😠

#KLRahul that was a huge no ball
Wtf is wrong with umpires🤬😡 pic.twitter.com/WHuvE82JI5

Isn’t this a no ball? What the heck…The ball of Afridi which bowled KL RAHUL… #KLRahul #indiaVsPakistan #noball #umpiring #wrong #India pic.twitter.com/sly0eGOhtL