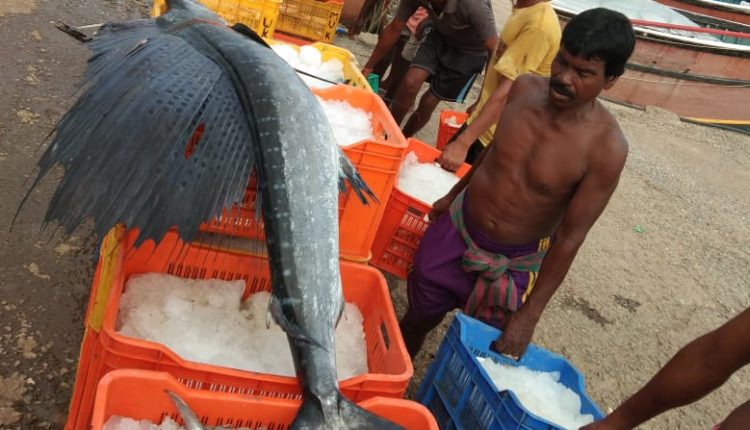 Bhadrak: A  4.5 feet Marlin fish, a rare species that is considered as fast swimmer, was caught by fishermen from deep sea off Dhamra coast today.

After catching the long-nosed marine fish, the fishermen returned to Chandanipal fishing base here and later exported the fish to West Bengal, sources said.

Fisheries experts said the rare fish, usually found in the Pacific Ocean, might have migrated to Odisha coast in search of food due to inclement weather. Marlin, which has about 10 sub-species, has an elongated body, a spear-like snout and a long, rigid dorsal fin which extends forward to form a crest. Black Marlin is the known as the fastest animal in the sea with a recorded speed of 129 km/h (80 mph).

Last month, a whale shark weighing 107 kg was caught by a group of fishermen off Dhamra coast. Later, they sold the fish to a Chennai-based pharmaceutical company at Rs 7.49 lakh.