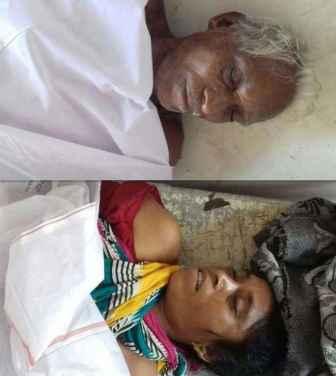 In a tragic incident, a person and his daughter were electrocuted to death after coming in contact with an earthing point at Lastala village under Attabira police limits in Odisha’s Bargarh district early this morning.

The deceased were identified as Harishankar Nayak (75) and his daughter Prabhati.

According to reports, Harishankar came in contact with the earthing point when he came outside his house at around 4 am.

He was electrocuted as the earthing point was electrically charged.

His daughter also sustained electric shock while trying to rescue her father after seeing him lying in front of the house.

Both were rushed to a nearby hospital where doctor declared them brought dead.

A unnatural death case has been registered into the incident at Attabira police station.