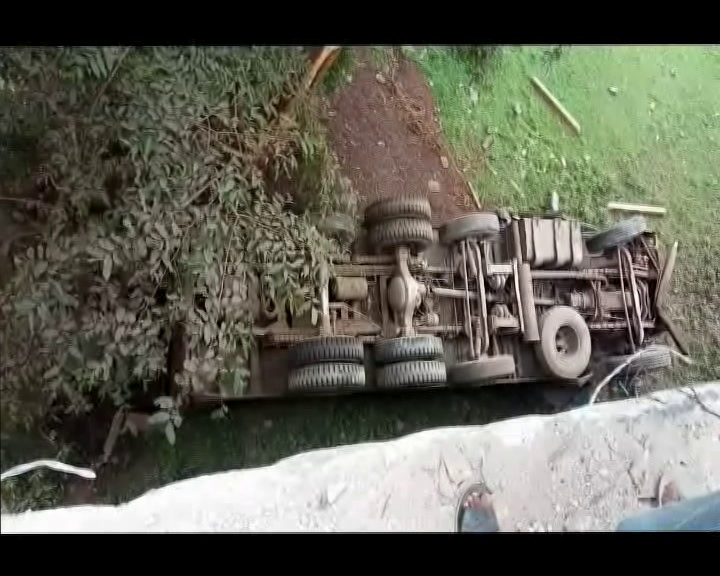 In a tragic incident, one person and his son were killed after a bike on which they were travelling collided head-on with a truck at Amrudi bridge on NH-143 in Odisha’s Sundargarh district late last night.

The truck fell off the bride from a height of 30 feet after the accident as the driver of the vehicle lost control over the wheels, sources said.

According to reports, the mishap took place at around 3 am when the bike came in front of the speeding iron ore-laden truck after overtaking a bus.

While the son died on the spot, the father sustained grievous injuries on his left leg and was admitted to the Rourkela Government Hospital (RGH). However, he succumbed to his injuries there.

The driver of the truck was rescued from the spot by locals in a critical condition and rushed to the RGH.

Director opens up about leaked sex scenes in ‘Parched’