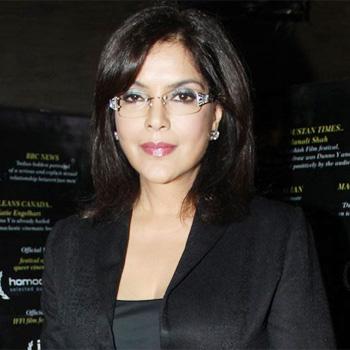 Yesteryears’ star Zeenat Aman has revealed that once late actor Feroz Khan asked her to pay the fees for the entire crew when she came late to the sets of 1980 film “Qurbani”. After this episode, she never got late on shoots.

“Feroz Khan was a very professional man. During the shoot of ‘Qurbani’, once I was an hour late on the set and the crew members had been waiting for me. Feroz Khan asked me to pay for the entire crew’s fees for that hour,” Zeenat said on TV show “My Life My Story”.

“Initially, I thought he was joking, but he was very serious. I paid for it and from thereon, I was never late on any of my shoots,” she added.

Talking about the show, Zeenat said: “‘My Life My Story’ is a wonderful concept. There is a whole generation that grew up watching these classic films. It brings a sense of nostalgia and belonging.”

“The show rewinds time and takes back to one’s most memorable days, be it about a particular song, college days, going to a disco for the first time, or being in love. It is superb to bring back memories to people, especially when they are happy ones.”

The episode of “My Life My Story” featuring Zeenat Aman will be aired on Saturday on Zee Classic. (IANS)

Odisha Plus Two exams from March 6, CCTV to be installed at Exam centres