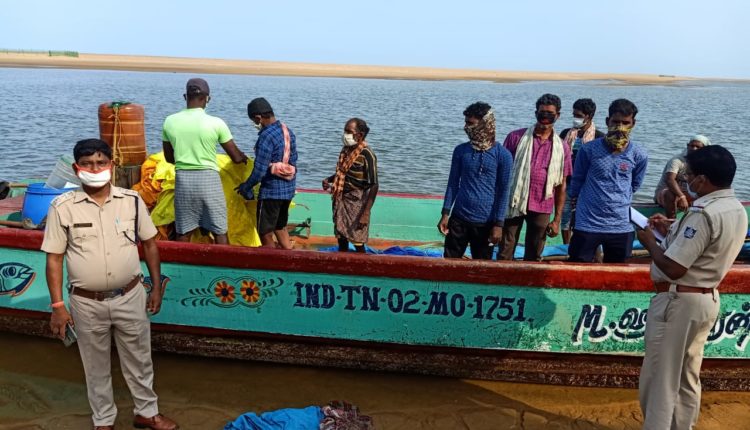 Chennai: Fleeing of 98 fishing workers from here to Andhra Pradesh and Odisha, their home states, has surprised both the authorities and the local fishermen.

“They know the sea, the climate and the wind. For them sea is nothing new. What’s surprising is the use of fibre boats, not known to travel such long distances and for long duration,” K. Bharathi, president of the South Indian Fishermen Welfare Association, told IANS.

Around 250 fishermen families from Odisha and Andhra Pradesh are living here. They work in big fishing boats and their income depend on catch per trip. Boat expenses are met by the boat owner.

“Money was not a problem for them. They pooled money to buy nine fibre boats for Rs 1.5 lakh a boat,” Bharathi said.

The workers were putting pressure on boat owners to send them home. But the Fisheries Department and the police didn’t allow them to travel during the lockdown.

Finally, they bought nine fibre boats and sailed out some five days ago, Bharathi said. The Coast Guards might have missed the boats, sailing not far away from the shore.

They had stocked food and fuel before setting sail. The fishermen from Andhra Pradesh disembarked at Srikakulam, while others proceeded to Odisha.

The Fisheries Department officials said they were not aware of their journey till the news broke out.