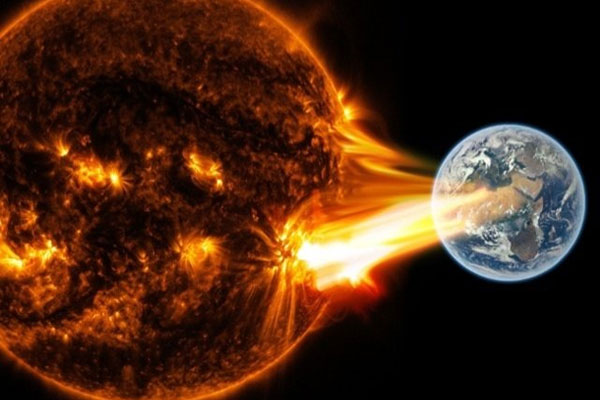 Bhubaneswar: A fierce solar storm that was earlier notified to be approaching towards Earth, might hit the blue planet today. This could result in disruption of GPS, electricity and cell phone signals.

Earlier, NASA had stated that a powerful solar storm was approaching towards Earth at a speed of about 1.6 million kilometers per hour and there were possibilities that the speed could increase further.

According to reports from Spaceweather.com, the storm originated from the Sun’s atmosphere and it could have a strong impact on the region of the space that is dominated by the Earth’s magnetic field. It further added that, due to the storm, people residing at the North and South Poles might be able to witness celestial lightings and beautiful aurora in the night sky.

However, the storm is being predicted to cause concerning impact on the Earth on hitting. It could raise the temperature of the outer atmosphere of the blue planet that would directly affect the satellites. This apart, that would distort mobile phone signals, GPS navigations and satellite TVs signals. Moreover, there are possibilities that the power line current could go high and blow the transformers.