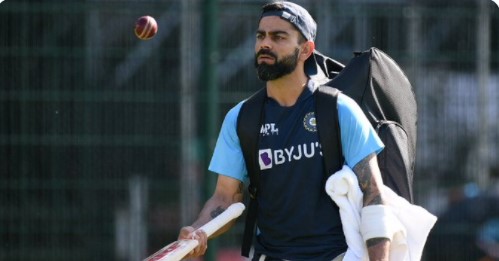 New Delhi: Some positive news has come in from England as all Indian players have returned negative in the second batch of RT-PCR tests conducted on Thursday.

As per the information, the players went into isolation on the eve of the Manchester Test after India’s assistant physio Yogesh Parmar tested positive for Covid-19 on Thursday morning.

With the confirmation of the negative Covid-19 tests, the fifth and the final Test between England and India will be played as scheduled from Friday.

The England and Wales Cricket Board (ECB) and the Board of Control for Cricket in India (BCCI) have agreed to go ahead with the match at the Old Trafford.

Parmar has been in close contact with many of the players, especially those like Rohit Sharma and Cheteshwar Pujara who had complained of pain during the fourth Test at the Oval.

But the players later tested negative.

India are leading the five-match series 2-1 after scripting a comeback-from-behind win in the fourth Test at the Oval last week.