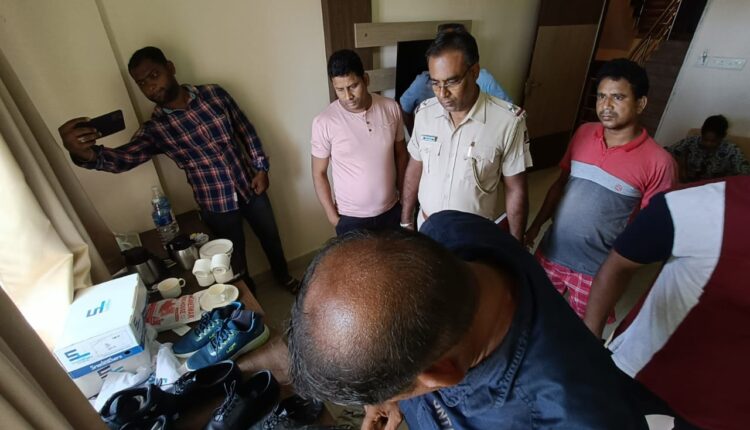 Puri: An employee of a Bhubaneswar-based micro finance company died after reportedly falling off building of a luxury hotel here in pilgrim town.

The deceased has been identified as Lingaraj Sahoo, an employee of Annapurna Finance Pvt Ltd.

According to reports, Lingaraj along with his colleagues had visited Puri to attend a meeting held at Sea Sight hotel on Thursday.

“We had come here for a review meeting yesterday. After having dinner, I came to room and found Lingaraj Sahoo was sleeping on the floor. He was in formal outfit. When I asked about it, he said that he was not feeling good. I changed his clothes and removed his shoes and told him to sleep on the bed. But, he denied and slept on the floor. At around 3.30 am, when I woke up to switch off the AC as I was feeling chilled, found him sleeping on the bed. Few hours later at around 5 am, one of my colleagues namely Rama Chandra Panigrahi telephoned me to know whereabouts of Lingaraj. I was surprised as he was sleeping next to me at night,” said Kailash Chandra Sahoo, HR executive of Annapurna Finance.