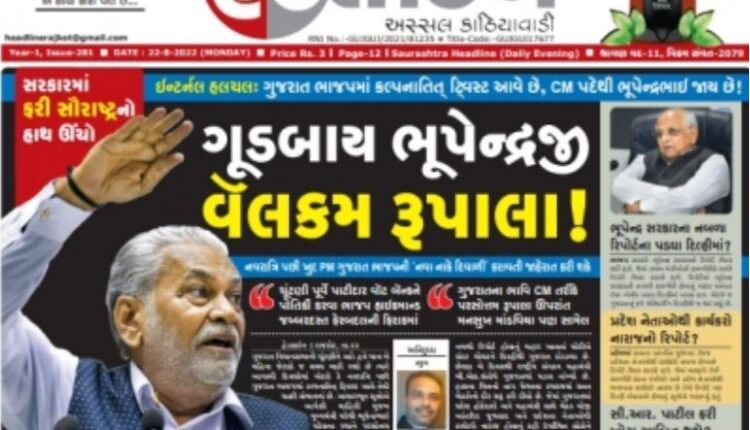 Share
Rajkot: An FIR has been lodged against journalist of a newspaper for carrying a speculative story on change of guard in Gujarat.

Rajkot Police on Thursday evening lodged the complaint against the staffer of the evening newspaper for carrying a headline that Chief Minister Bhupendra Patel will be replaced with Union Animal Husbandry Minister Parshottam Rupala.

Complainant Babubhai Vaghera alleged that journalist Aniruddh Nakum, the editor and publisher of the Saurashtra Headline newspaper on October 22 published news with the headline, “Goodbye Bhupendraji and Welcome Rupala! It also had subtitles like, Delhi received feedback of Bhupendra Patel government’s weak performance.”