A video of the incident too has gone viral on social media. The clip shows Tete along with a group of people getting into an ugly spat with the GST officials and questioning the raid. 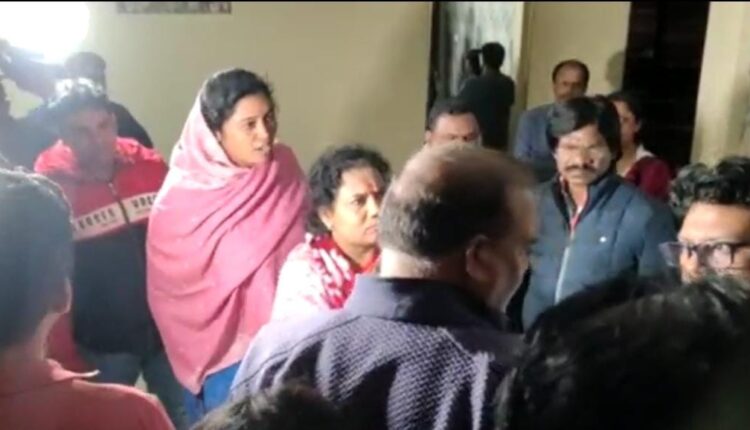 Paikmal: In a shocking turn of events, an FIR has been lodged against Sundargarh MLA Kusum Tete after a GST official filed a police complaint against the BJP legislator accusing her of assault, abuse and obstruction of government duty while a raid was underway at Paikmal in Bargarh district of Odisha on Monday.

The complaint, which was filed by Jharsuguda State Tax Officer (CT and GST Enforcement Unit) Ashish Kumar Dash today, stated that Dash along with a team comprising Additional State Tax Officer (CT and GST, Circle-1, Sambalpur) Sushanta Patel and Assistant State Tax Officer (Jharsuguda Circle) Sujata Mohanty reached the house of one Gobardhan Agarwal in Paikmal (Bargarh district) for a search as authorised by the Joint Commissioner (CT and GST) , Enforcement Range Sambalpur. On reaching the premises, the team members introduced themselves to Gobardhan’s wife Taramanidevi and issued a spot summon after assuring her of the presence of a lady GST officer and a lady constable throughout the raid. While Taramanidevi did not give any written consent or sign any authorisation letter, the officials were allowed to enter on verbal consent. During the raid, the team questioned her of Gobardhan’s business and managed to seize 22 documents under Annexure-1 seizure list. However, while the search was ongoing, at around 10.45 pm, Gobardhan’s son along with a group of people including MLA Kusum Tete and her supporters suddenly barged in and started political sloganeering on the raid premises. Gobardhan too suddenly appeared and the crowd heckled the GST team and started abusing them, obstructing the search. Some of the miscreants managed to forcibly take away the seized documents as well while they instigated Taramanidevi not to sign any papers. While Paikmal police reached the spot and helped to evict the premises with additional force, the seized documents could not be recovered, the complaint stated.

A video of the incident too has gone viral on social media. The clip shows Tete along with a group of people getting into an ugly spat with the GST officials and questioning the raid. Gobardhan and his wife are also seen getting into a fight with the tax authorities.

Meanwhile, police said based on the GST official’s complaint, an FIR has been lodged.