Fire at slum in Odisha capital, over 20 shanties gutted 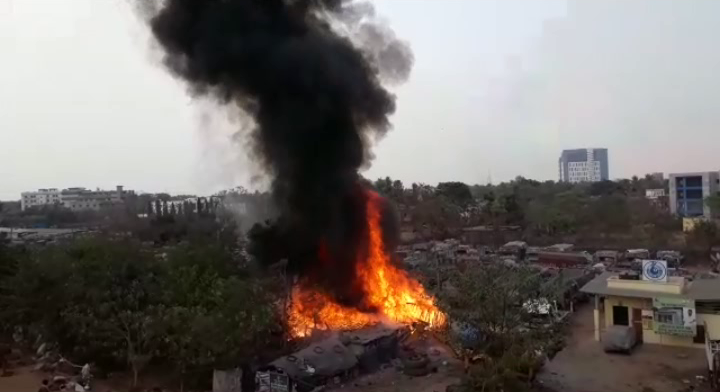 Bhubaneswar: A massive fire broke out at a slum located near Durga Mandap in Rasulgarh square here this afternoon. Over 20 shanties and vehicles were gutted in the incident.

Two fire tenders were pressed into services to douse flame.

The assets and articles worth more than lakh were burnt into ashes. However, no casualty was reported so far in the fire mishap.

According to reports, most of the locals residing at the shanties were from outside the state and were the vendors. The fire broke out after a slum dweller out of fury allegedly set his own house on fire over family feud with his wife. The fire spread to other houses rapidly.

The police and fire services personnel reached the spot and launched investigation into the incident.