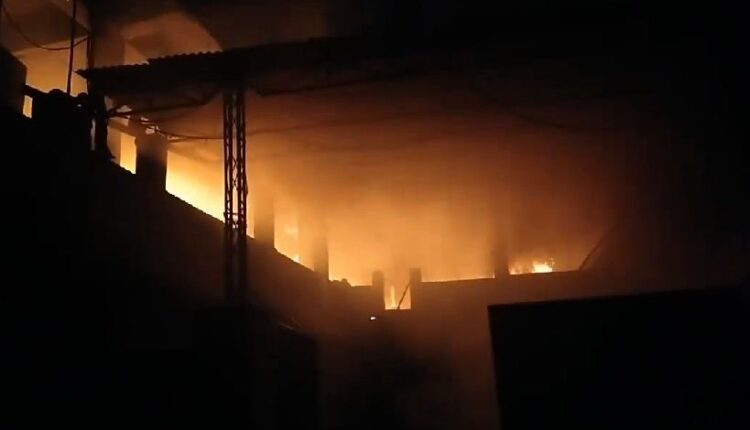 Puri: A major fire broke out inside a coir factory at Satasankha in Odisha’s Puri district late last night.

Properties worth lakhs were gutted in the fire mishap. On being informed, Fire Service personnel from Satyabadi rushed to the spot and doused the flames.

No casualty has been reported in the incident. Though the reason behind the outbreak of fire was yet to be ascertained, it is suspected that electrical short circuit led to the mishap.