Now, fire breaks out at Kendrapara DHH in Odisha 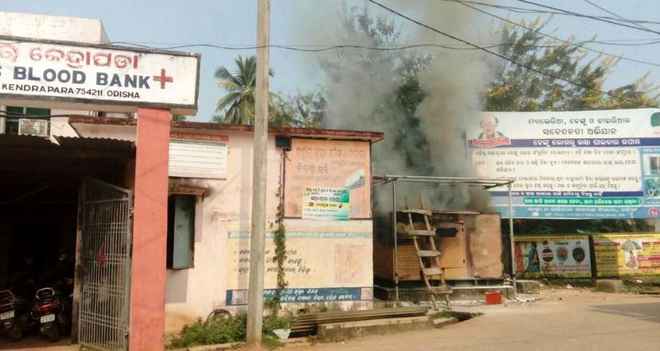 Two days after the fire mishap at SUM Hospital which claimed more than 20 lives, fire broke out at the Kendrapara district headquarters hospital (DHH) today.

According to reports, a digital generator of the hospital caught fire during welding work of a cover of the machine which was being constructed by the hospital authorities after the SUM Hospital mishap. The generator was gutted in the fire, sources said.

Following the incident, some patients and their relatives ran away from the hospital apprehending danger.

On being informed about the incident by the hospital authorities, fire personnel rushed to the spot and managed to douse the flames.

No casualty was reported in the incident.