Fire breaks out at NHM office in Odisha capital, second in a day 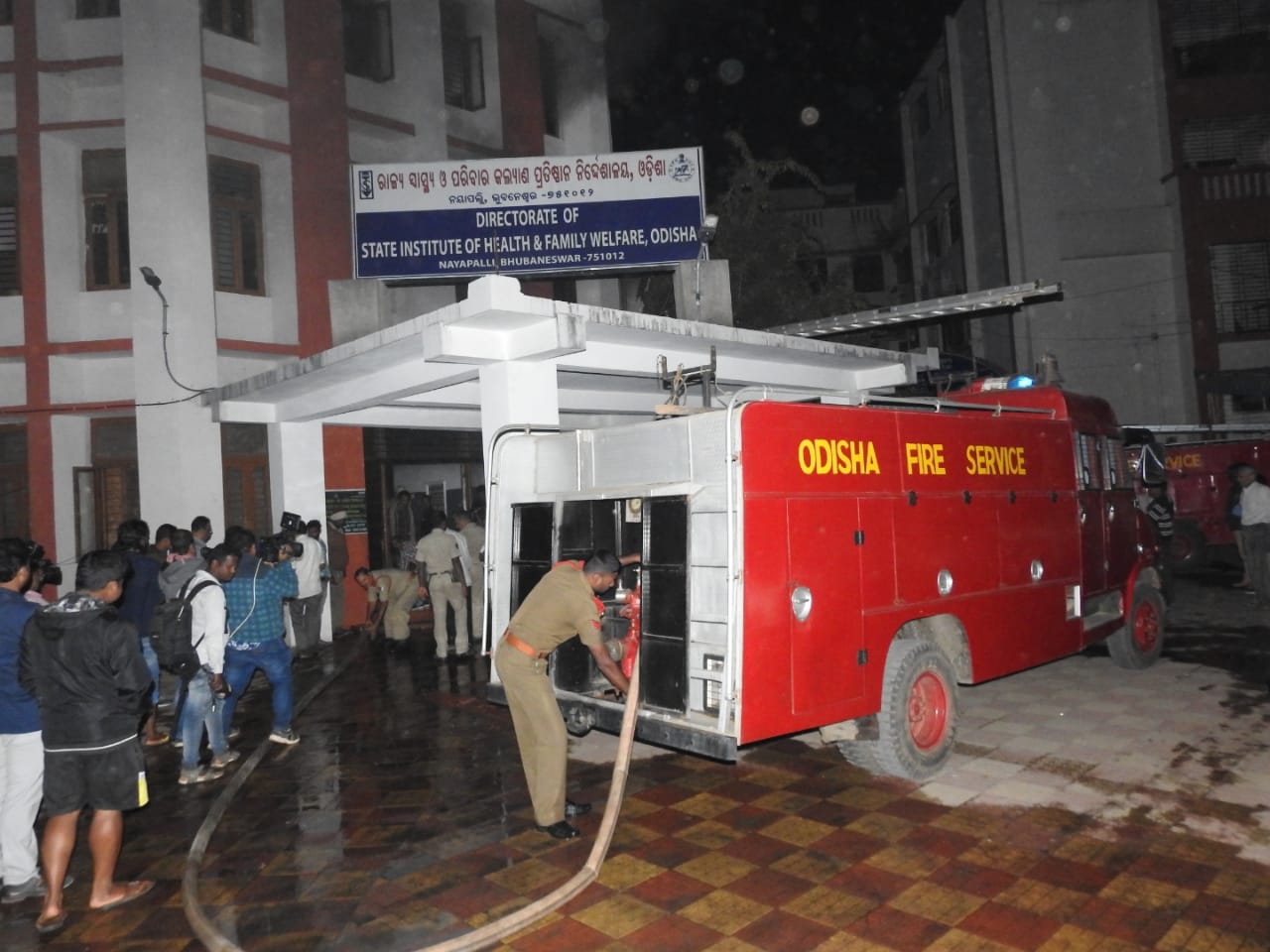 Bhubaneswar: A fire broke out on the second floor of the National Health Mission (NHM) office in a posh locality in Odisha capital today.

As per the available information, the fire broke out on the second floor of the two-storey building located at Unit-8 in the city. However, no casualties were reported.

Following the information, several fire tenders were rushed to the spot to douse the flame.

Fire breaks out near Rail Sadan in Bhubaneswar

Hundreds of important files and documents were reduced to ashes in the fire, a source said.

Though the exact cause of the fire is yet to be known, short circuit from the server is suspected to have ignited the flame.

Earlier in the day, a major fire broke out in Apollo Hospital in the city. Most of the patients, particularly those admitted in the intensive care units (ICUs) were immediately evacuated. Some of the patients have been shifted to other hospitals in the city.

Over 60 shops gutted as miscreants set market on fire in…