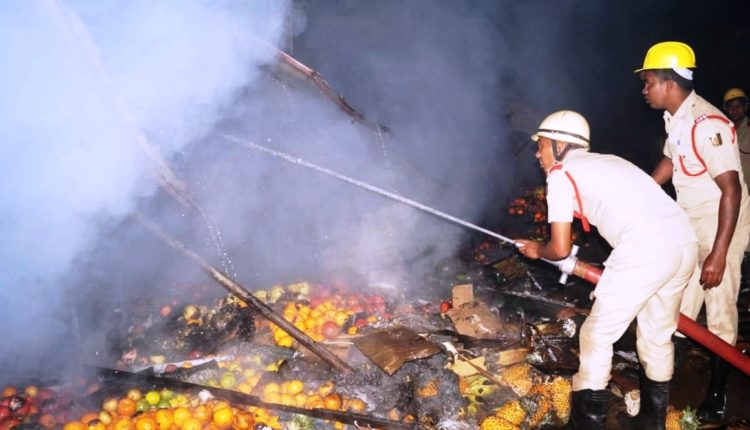 Bhubaneswar: Over 20 fruit shops were reduced to ashes after a major fire broke out in a market near Kalpana Square here late last night.

Though no casualty or injury was reported, property worth over Rs 1 lakh was gutted in the mishap.

On receiving information, firefighting team reached the spot and doused the flames after a while. However, the exact cause behind the fire is yet to be ascertained.