Fire breaks out in Niramaya counter inside hospital in Odisha 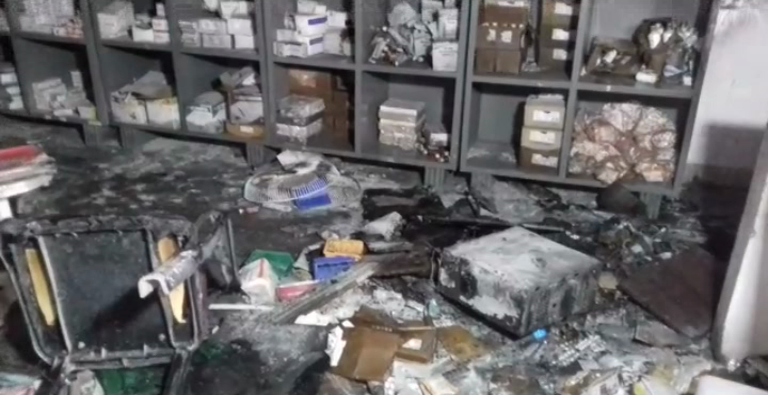 Kendrapara: The medicines and several documents were gutted after a massive fire broke out at Niramaya counter inside Community Health Centre (CHC) at Pattamundai late on Friday night in Odisha’s Kendrapara district.

The fire also destroyed a computer CPU and furniture at the drug distribution counter running inside the Pattamundai CHC.

After getting information from the locals, the fire tender reached the spot and douse the flames.

However, the cause behind the fire mishap was due to short circuit, informed CHC officer in-charge.