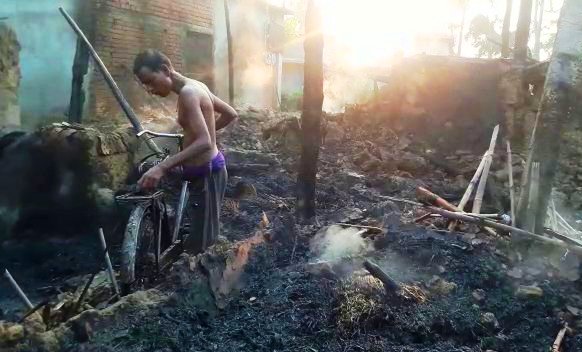 Kendrapara: Eight rooms were gutted while property worth lakhs of rupees were reduced to ashes after a fire broke out at Girang village under Marshaghai block in Kendrapara district late last night.

However, no injuries or casualty has been reported in the incident.

Though exact cause behind the mishap is yet to be ascertained, short circuit is suspected to have led to the incident.