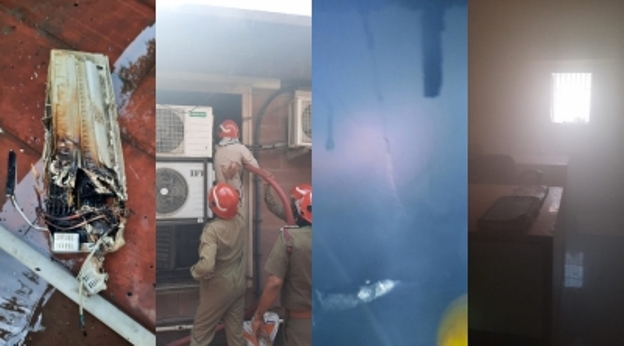 New Delhi: A fire broke out at UCO Bank Branch on premises of the Supreme Court on Tuesday, a fire department official said, adding that no casualties or injuries were reported from the incident.

The official informed that they received a call about the fire incident at around 9.10 a.m., after which as many as five fire tenders were immediately pressed into service.

The cause of the fire is yet to be ascertained.

“The fire was in the ceiling inside the currency chest at ground floor,” Delhi Fire Service chief Atul Garg said.

He further said that some office files, a false ceiling and an AC unit in the record room of the bank had caught fire.

The bank branch is located in a single-storey building in the premises of the apex court.

“When I wore my cap for my debut Test at Melbourne..”: India bowler Mohammed Siraj