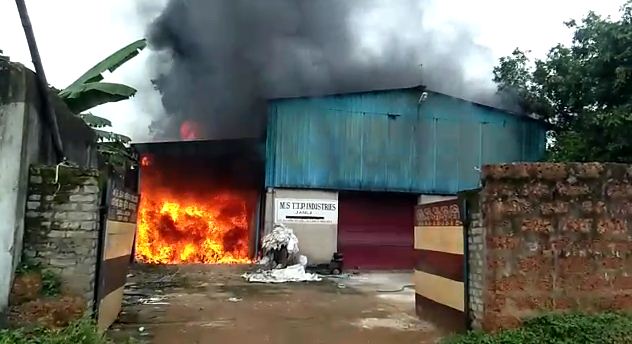 Khordha: A major fire broke out at a plastic factory at Janla in Odisha’s Khordha district today gutting properties worth lakhs of rupees.

The fire mishap took place at TTP Industries here. On being informed, fire personnel from Khordha and Jatani reached the spot and doused the flames.

Though the reason behind the outbreak of fire is yet to be ascertained, it is suspected that electrical short circuit led to the mishap. Till last reports came in, assessment of the damage was underway.