Fire mishap: Over 30 houses reduced to ashes in Odisha’s Ganjam 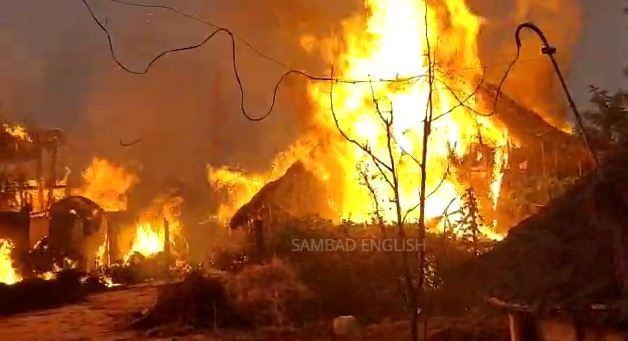 Several families were rendered homeless after the mishap as it reduced the houses to ashes and damaged valuables.

The fire broke out from a house of the village this morning and later engulfed other nearby houses. On being informed, Fire personnel from Purushottampur reached the village and doused the flames. The reason behind the outbreak of fire is yet to be ascertained.