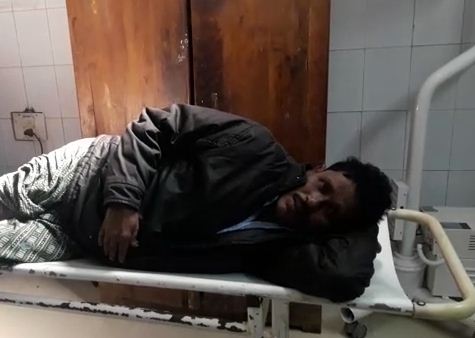 Angul: A man was critically injured in a firing by miscreants at Patrapada village under Chhendipada police limits in Odisha’s Angul district, late last night.

The victim, identified as Dharanidhara Sahu, has been admitted to the District Headquarters Hospital for treatment.

According to reports, a group of unidentified miscreants were troubling Sahu’s wife and daughter last night near their house. On being informed by his wife over telephone, Sahu rushed to the spot during which 9-10 car-borne miscreants opened fire at him.

Sahu sustained bullet injuries on his right knee and was hospitalised. Though the reason behind the attack is yet to be ascertained, it is suspected that the firing was a fallout of enmity over ganja trade. Police have started investigation into the incident and detained two persons for questioning.

Odisha: Criminal involved in over 50 cases injured in police encounter