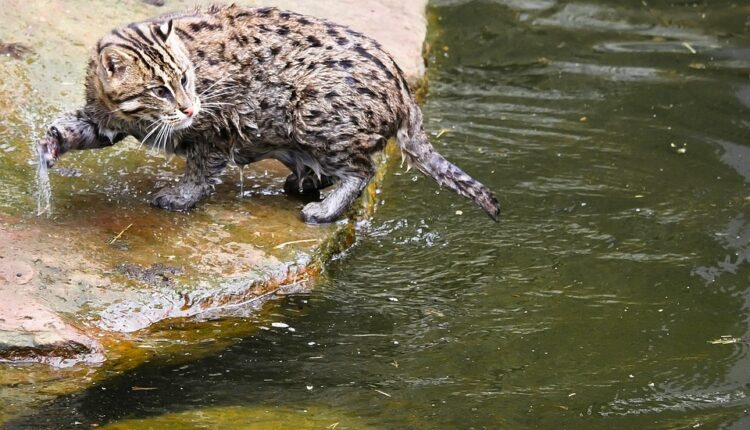 Bhubaneswar: In a first, the census of endangered fishing cat species has begun in Odisha. The counting commenced along the shores of Chilika Lake yesterday.

The fishing cat census and survey are being conducted by the Chilika Development Authority (CDA), Chilika Wildlife Division and local community. The counting will continue till a month.

The fishing cat (Prionailurus viverrinus) is a wild cat species found primarily in wetland and mangrove ecosystems. It is spotted across south and southeast Asian countries.

The fishing cat is listed in Schedule 1 (part-I) as the Vulnerable species under Indian Wildlife (Protection Act), 1972. The populations of the species are threatened by destruction of wetland and declined over last decades. However, the wildlife researchers have no concrete evidence about range expansion of species.

Along with Chilika shores, the rare fishing cat species that resembles tiger cub is found in Astarang, Konark, Balukhand Wildlife Sanctuary and Rajanagar areas in Odisha.

For the first time, the CDA, forest department and wildlife experts have come forward to ascertain presence of fishing cats in these regions.

To carry out the counting of fishing cat populations, the CDA has divided Chilika shores into three zones — Sorana, Mangalajodi and Haridas in Brahmagiri area. A community comprising locals has been formed to conduct the census in all three zones.