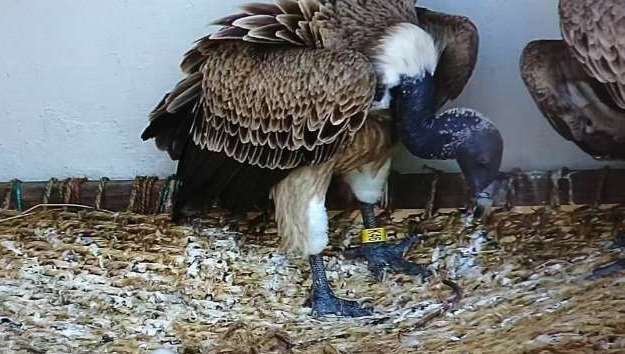 The 13-day-old baby vulture, who was born at the newly opened vulture conservation breeding centre on premises of the zoo on Feb 28, died following an illness.

The postmortem report revealed that the baby bird died of liver failure.

According to reports, the mother vulture was not looking after its baby following which the newborn fell ill. After the matter came into the notice of zoo authorities, the baby vulture was separated from its mother and brought to the veterinary unit where the vulture chick recovered slowly.

However, the vulture chick was found dead at the quarantine on Tuesday morning.

Worth mentioning, the death of the baby vulture could be considered as ‘failure’ of the vulture conservation breeding centre since its operation in December last year. The centre was inaugurated on the occasion of 59th Foundation Day of Nandankanan Zoo. At least six pairs of long-billed vultures were translocated from Gandhi Zoological Park in Gwalior on November 27, 2018, to increase the vulture number after the extinction of the species in Odisha.

Groom runs away during wedding procession in Odisha; know why