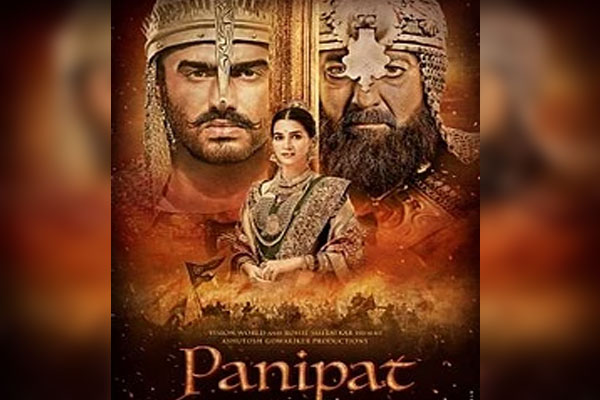 Bhubaneswar: The first official trailer of the upcoming Bollywood movie ‘Panipat’ is out.

The movie is a historical period drama based on the third battle of Panipat. Directed by Ashutosh Gowarikar, it stars Arjun Kapoor and Kriti Sanon as Sadashiv Rao Bhau and Parvati Bai, the main protagonists and Sanjan Dutt as Ahmad Shah Abdali, the main antagonist.

Although the actors had already revealed their looks from the upcoming movie by sharing posters on their Instagram profiles, the official trailer has just brewed the excitement of movie lovers.

Kriti Sanon reminisces about her role, action sequence in…

Check out the trailer

The ‘Panipat’ team started shooting in November 2018  and wrapped up on June 30 this year. As scheduled, the movie will hit theatres on December 6.