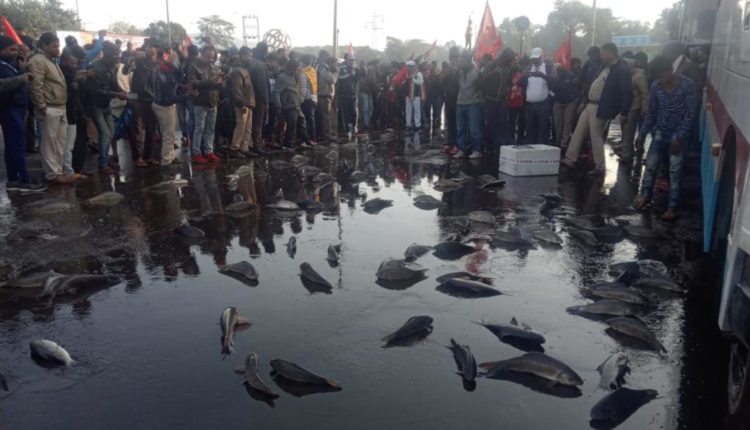 According to reports, the agitators tried to stop the ill-fated vehicle at Bisra Chhak here, following which the driver steered the pickup van towards a different route. During the process, the driver lost control over the wheels and the vehicle subsequently turned turtle, as a result of which the portion of the road was littered with fishes.

On being informed, Plant Site police rushed to the spot and repositioned the pickup van with the use of a crane. Several locals reportedly looted some of the fishes before the arrival of police.

The victims have been rescued and admitted to hospital for treatment.