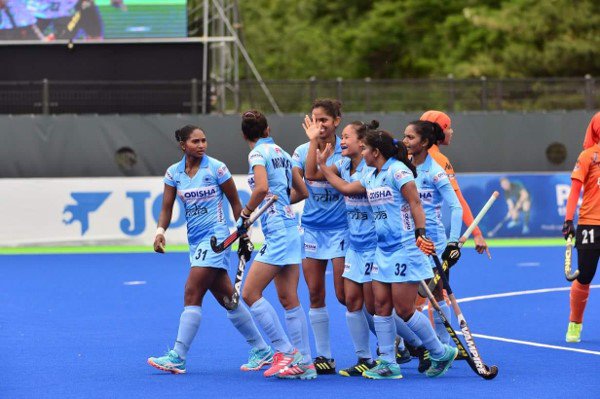 Bhubaneswar: As many as five players from Odisha have secured their berth in the 33-member core probable list for the Indian Women’s Hockey National Camp scheduled to begin at Sports Authority of India, Bengaluru Campus on 4 January.

Apart from the senior players who have retained their place in the core group, Hockey India has also named young players Salima Tete and Lalremsiami who were part of the Youth Olympic Games in Buenos Aires last year where they won a historic Silver Medal. Among Goalkeepers Savita, Rajani Etimarpu and Sonal Minj have received a call-up while defenders Deep Grace Ekka, Sunita Lakra, Sushila Chanu Phukhrambam, Gurjit Kaur, Rashmita Minz, Suman Devi Thoudam, Mahima Choudhary, Nisha and Salima Tete have been included.

Speaking about the season’s first camp, Indian Women’s Hockey Team Chief Coach Sjoerd Marijne said, “We will be working on getting to the right fitness level in a short 20-day camp to play matches during the team’s tour to Spain. We also want to train some new things we want to implement in our game.”

On asked about the key areas the team will be looking to improve this year as they attempt to win an Olympic Qualification, Marijne said, “Better finishing and creating more scoring opportunities are the two key areas we need to improve. Having someone like Australia’s Glenn Turner was good but we can’t expect that we will now score more goals because of that 10-day camp but every input will only improve the process of scoring more goals and this camp with Glenn was one of them. He shared his experience from his career and those things can help players.”