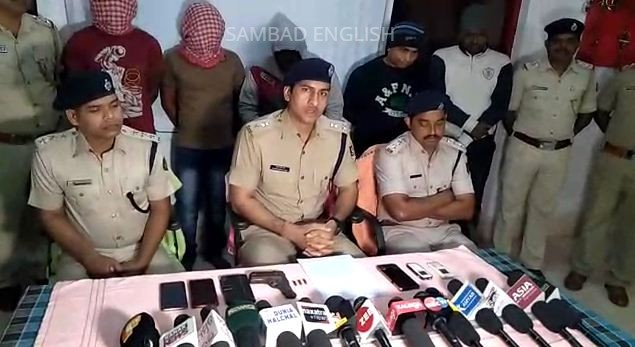 Phulbani: Baliguda police have arrested as many as five persons, including two contract killers, in connection with the murder of RTI activist Abhimanyu Panda in Odisha’s Kandhamal district.

The arrested have been identified as businessman K. Biswajit Patra, S. Balaji Achari, Ras Bihari Das and the two contract killers. As many as three bullets, a gun and six mobile phones have been seized from their possession, said Kandhamal SP Prateek Singh at a presser, adding that another accused is still at large.

A dispute had emerged between Biswajit Patra and Abhimanyu Panda over eviction of the former’s shop at a temple in Baliguda. In order to eliminate Abhimanyu, Biswajit hatched a plan with Balaji and Ras Bihari. The trio had given Rs 1 lakh to the two contract killers of Ganjam for murdering Abhimanyu, the SP said.

The RTI activist was allegedly shot dead near his house at Patrasahi under Baliguda police limits on December 10 morning.