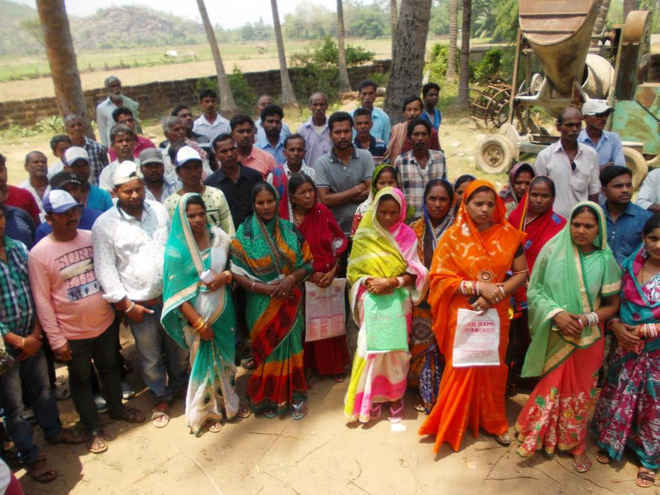 Five labourers from Odisha working in Oman were allegedly tortured by the company. Counting the days to see them, the families have approached the district administration seeking the government’s intervention in the matter.

The families threatened mass self immolation before the Khurda Collectorate on April 24 if any initiative is not taken by the administration on their allegation report to rescue the victims.

According to allegations by the families, the company that had hired five labourers from Odisha in Oman is forcing them for over-time work apart from 8-hour work in poor environment and it had taken away their passports.

The families alleged that they had written to Prime Minister, Ministry of External Affairs, District Collector, Labour Commissioner, Chief Secretary and Banapur police station thrice on March 25, April 1 and 12. However, the administration did not take any initiative on their report.

All the five were hired by Kerala based Planet HRD Consultancy Pvt Limited company through the Contractor Anil Swain of Mathapatna village under Balugaon police limit on March 15 for the job in Oman at monthly package of 130 Omani currency. The families alleged that Swain had taken Rs 70,000 from each person for the job.

Without providing them any facilities as per the job agreement, the company in Oman started torture on them took away their passports.

When they requested the company to send them back to their villages, they were asked to pay 650 Omani currency (approximately Rs 1.13 lakh) as fine. Even the Company’s agents threatened the families over phone to pay the amount or else forget them, the families alleged.

Bus with migrant workers from Kerala to WB overturns in Odisha

Microsoft cuts editorial staff, to replace them with AI:…