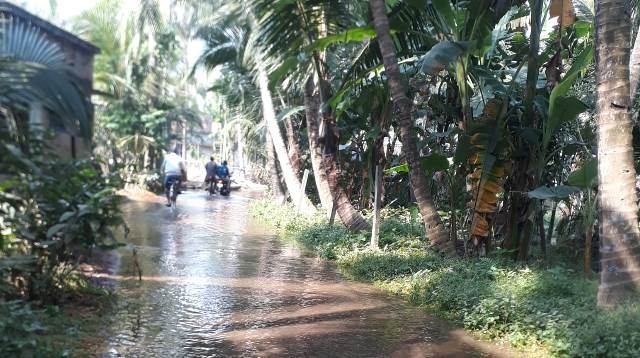 Cuttack: Barimundei village under Niali block of Odisha’s Cuttack district got inundated due to a beach in the embankment of a nearby canal.

According to reports, a 15-feet wide breach developed in the embankment of Kakatpur branch canal late last night. Water from the canal rushed towards the village creating a flood-like situation in the locality.

Fish farming in the ponds of the village has been affected due to the incident while the villagers were marooned. Efforts were on by the Water Resources Department to drain out the water using pump sets.

The locals alleged that though they had earlier apprised the department about the weak embankment, no action was taken in this regard.