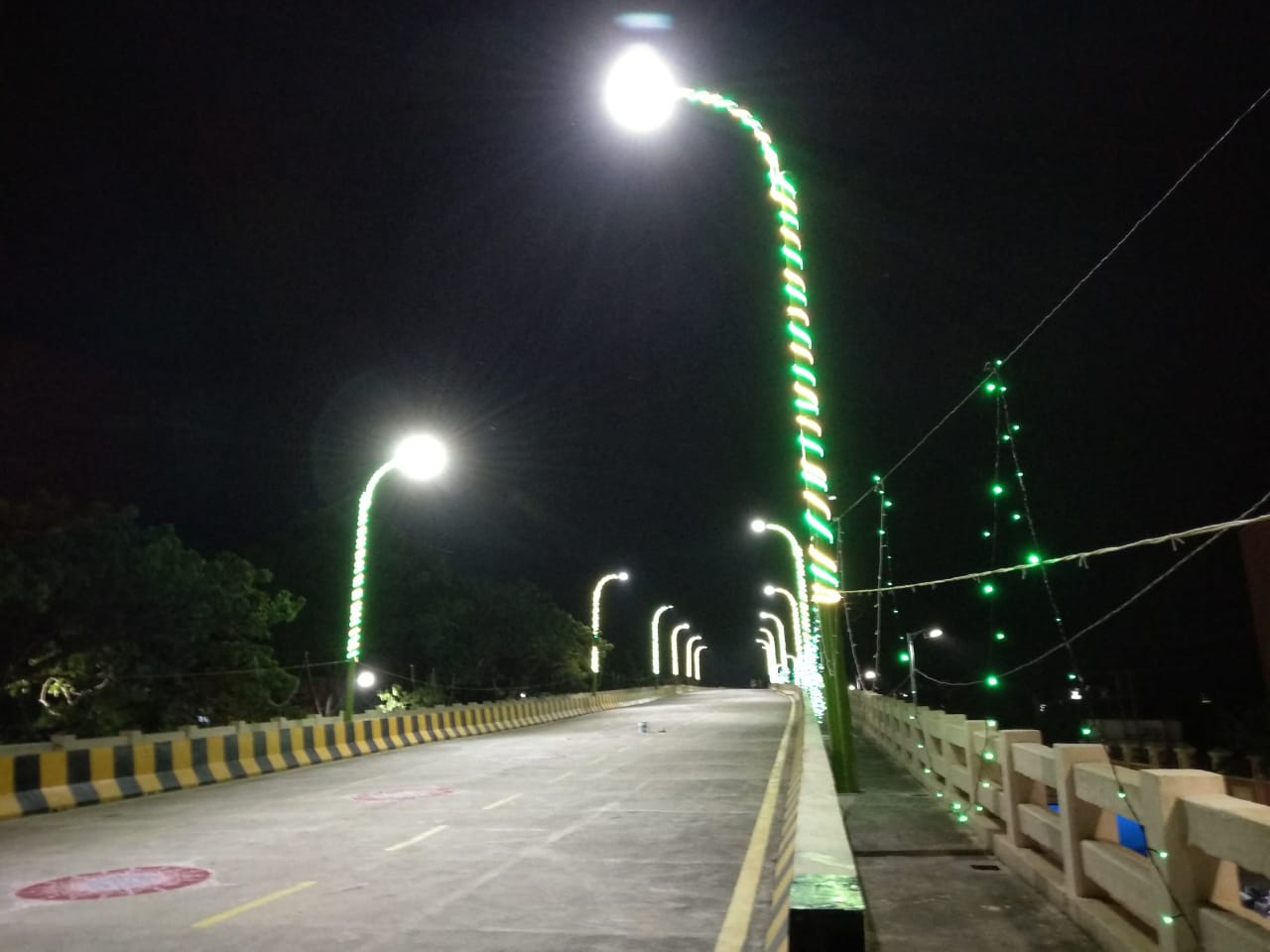 Bhubaneswar: The much-awaited Pokhariput rail over-bridge in Odisha capital, which was inaugurated today after a series of delay, again hit the headlines for wrong reason.

A man was electrocuted after coming in contact with live wire on the newly-built flyover, just hours after Chief Minister Naveen Patanik dedicated it to the public this evening.

The deceased has been identified as Simanchala Panda, 35, a native of Ganjam district but was staying in Sundarapada area in the city.

According to reports, Panda got electrocuted while he was trying to pull a balloon put up to decorate the bridge. The balloon was probably charged due to short circuit from decorative lights.

He was rushed to Capital Hospital where doctors declared him brought dead.

Following this, Chief Minister Naveen Patnaik expressed grief over the incident and announced an ex-gratia of Rs 5 lakh to the family of the deceased.

Sources said construction work of the rail over-bridge that had begun six years ago in 2012 was completed in the first week of this month. The 653-metre bridge, executed by Panda Infra, the same agency that had undertaken the Bomikhal overbridge project, has been constructed at a cost of Rs 32.55 crore.

Meanwhile, the Congress and BJP attacked the State government over the incident. Congress’s Bhubaneswar unit President Manas Choudhery blamed the State Works Department for the mishap.

State BJP leader Manmohan Samal demanded that the State government should give Rs 25 lakh to the family of the deceased.

In pictures: Odisha’s Ikat designs light up the ramp at Lakmé Fashion Week 2018