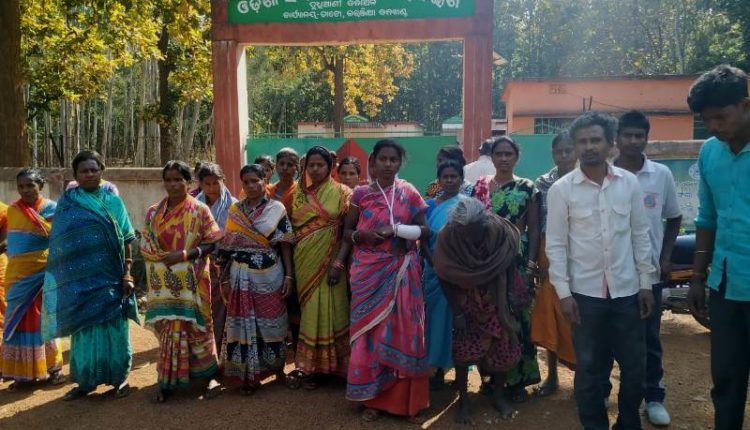 Baripada: A woman Forest Guard allegedly thrashed a pregnant woman and forced her to do sit-ups in Karanjia area of Odisha’s Mayurbhanj district.

As per a complaint lodged by the victim with Karanjia police, Kabita Behera, a woman Forest Guard of Dudhiani Range, came to her house at Barhapanapashi village last evening searching for stolen timber. The Forest Guard couldn’t find any stolen item at the house, following which she assaulted the pregnant woman. She also brought the pregnant woman to the Forest Range office, where she forced the victim to do sit-ups.

The pregnant woman reportedly sustained fracture on her hand due to the physical assault by the Forest Guard.

Irate villagers today blocked Karanjia-Baripada main road by burning tyres demanding suspension and arrest of the accused. They also locked the Dudhiani Forest Range office demanding compensation for the victim. On being informed about the tension, police and Forest officials reached the spot and tried to pacify the locals.

Later, Kabita Behera was placed under suspension by the DFO. The Forest Department has provided an assistance of Rs 10,000 to the victim and admitted her to the Karanjia sub-divisional hospital for treatment.

The Forest Guard has been detained by police for questioning and further investigation is underway.