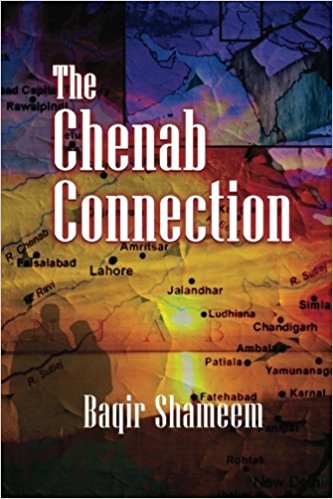 A retired Indian Army Brigadier has penned a fascinating love story that traverse between India and Pakistan in the backdrop of the divisive politics that has plagued the sub-continent for decades.

Brig. Baqir Shameem, the author of “The Chenab Connection” served in the Indian Army for over three decades and witnessed the growing cross-border conflict from close quarters.

“The Chenab Connection” is a fictional love story about an Indian boy and a Pakistani girl falling in love and managing to settle down and starting a family under the looming shadow of hatred that has grown stronger over the last seven decades.

It looks at the crisis and its nuances through the eyes of people who are in love; because sometimes all it takes is love to conquer all. In the case of Ravi, love makes him cross one of the most hostile borders in the world to be one with Shaheen.

The book is as much a love story as much as it is a look at the divisive politics that has plagued the sub-continent for decades, where terror and subversion have become second nature for hawks who find more comfort in conflict than in peace and harmony.

The book release was followed by a conversation with the author and journalist Tina Sharma Tiwari on the topic “Can Chenab connect the hearts and minds of the people like it connects the land?”

“Reading the book, for the first time I realised that an army man feels the same way a common man does. Everyone wants peace between the two nations and that can only be achieved through love, not war,” said veteran Theatre personality Rama Pandey, who graced the launch event.

“The Chenab Connection” is the author’s fifth novel. He has previously written four books on different subjects, including “The Final Option,” “The Simmering Sands,” “The Slender Trail,” and “The Wishbone”. (IANS)