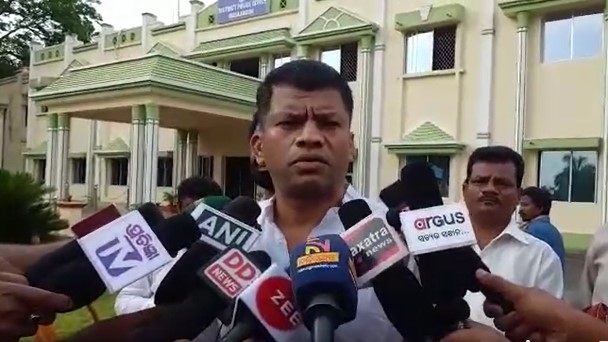 The former Lok Sabha member from Nabarangpur was officially inducted into the BJD at an event.

Along with hundreds of supporters, Majhi joined the ruling party in presence of Jajpur MLA Pranab Prakash Das and Nabarangpur MP Ramesh Majhi.

Majhi’s induction into the BJD is expected to strengthen the party at grassroots level in Nabarangpur district ahead of the panchayat elections in Odisha.

Majhi had resigned from primary membership of Congress on October 22 citing “the party lacks enthusiasm to serve people and has lost its credibility”.

Two days after his resignation, the ex-Congressman announced to join the BJD.

Majhi had held various key posts in Congress.  The party had nominated him as the Lok Sabha candidate to fight the elections from Nabarangpur in 2009. He won the polls with a  margin of over 30,000 votes defeating BJD’s Damburu Majhi.