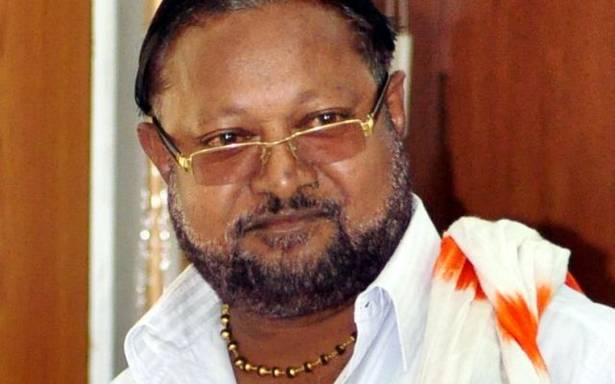 Rourkela: Tribal leader and former MLA, George Tirkey resigned from the primary membership of the Congress party today. He sent his resignation letter to the OPCC Chief.

In his letter, Tirkey cited that the Congress party is going to lose its significance in the Rourkela organizational district.
Earlier, as the President of the Rorukela District Congress, he put in all kind of efforts to strengthen the party organization at grassroots. However, he failed to succeed due to non cooperation if the Pradesh Congress Committee and the AICC, Tirkey mentioned in the letter.

He held the OPCC and AICC for the poor state of the party in the Rourkela organizational district and said the party has no future.

Earlier, he had quit the post of President of the Congress’ Rourkela organizational district a few days back.

Within hours of his resignation from the primary membership, Tirkey took away furniture, AC, cooler and CCTVs from the Congress party office at Sector-21 in Rourkela city.

Objecting to the move, former Youth Congress Secretary SK Firdos lodged a complaint at the Plant Site Police Station against Tirkey following which the police launched a probe.

In his reaction, Tirkey said when he was the President of Rourkela organizational district he spent Rs 8 lakh from his pocket for renovation of the party office. He has taken the furniture and items that he had bought.

Several injured as clashes break out in Delhi’s Jahangirpuri

13 killed in traffic accident in Baghdad