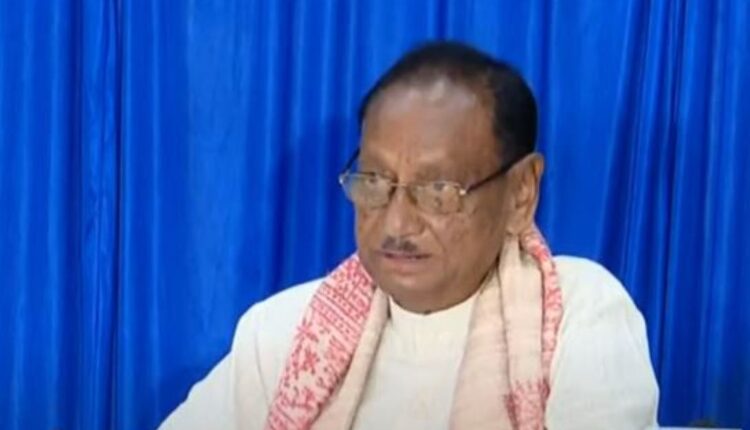 The father-son duo made an announcement in this regard at a press conference here. The two have sent their resignation letters to BJP President JP Nadda.

Both mentioned in their resignation letters that they were unable to serve the people of Odisha during the last several years, for which they left the party.

“As you are aware, I joined the BJP voluntarily, at my freewill, without any pre-condition in 2015. I am thankful to Shri Narendra Modi, Hon’ble Prime Minister and Shri Amit Shah, Home Minister, the then President of the Party for clarifying on the floor of the Parliament on my Voting in 1999. However, I realized that I am unable to discharge my Political, Social and Moral Duty to my People in Odisha during the last several years. Hence, I tender my resignation from the Primary Membership of the BJP with immediate effect. Please accept the same,” wrote Giridhar Gamang in his resignation letter.

“I joined the BJP primarily due to the dynamic leadership and vision of Shri Narendra Modi ji in 2015. However, I realized that I am unable to do much for the welfare of my Tribal Community and the Youth during last several years. Therefore, I tender my resignation from the Primary Membership of the BJP and request you to accept the same forthwith,” mentioned Shishir Gamang in his resignation letter.

Giridhar and Shishir are all set to join the Bharat Rastra Samiti (BRS) at a joining ceremony in Hyderabad in the presence of Telangana Chief Minister K Chandrasekhar Rao soon.

The two had recently skipped the meeting of the BJP state executive held here.

Giridhar had on January 13 met Rao in Hyderabad and held discussion. As per sources, Giridhar might be appointed as the Odisha president of the BRS to lead the party in the 2024 polls.